Just a wee note to let you know that I am currently fundraising for The John Muir Trust and I hope to walk over 2,000,000 steps which is equivelent to 1000 miles in honour of John Muir's 1000 mile walk that he took.

So you can check out my fundraising page at 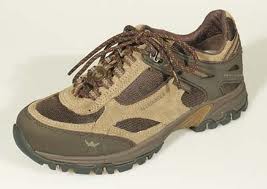 Cheers Seamus
Posted by Unknown at 03:24 No comments:

After many months of research, interviews reading discovering exploring conservation work and sharing my findings it is complete 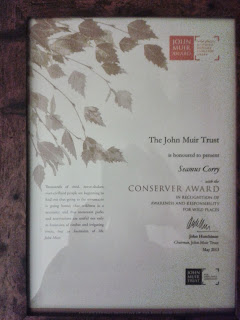 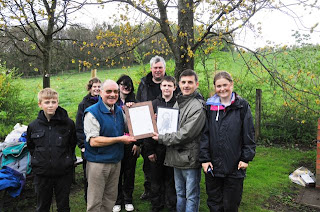 I also received this especially from Dick 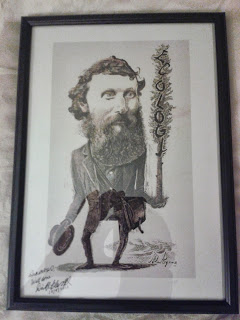 A copy of an original print painted by John Byrne

"Congratulations to Seamus Corry for achieving his prestigious John Muir Conserver Award. For the past year Seamus has has invested a significant amount of time enjoying, and enhancing Gartmorn Dam for the benefit of biodiversity and his own personal development. Less than 2% of the 10,000 John Muir Awards that are achieved each year in Scotland are at the advanced Conserver level. This is testament to Seamus's dedication and commitment to wild places. I think John Muir would have been proud of his achievement." 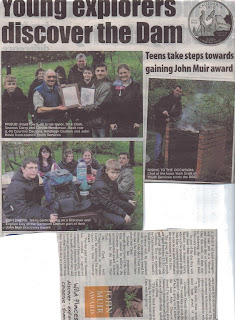 I am so proud of my achievement and I wish to thank Kim McIntosh of John Muir Trust for all her help and support, The Earl of Mar and Kellie Jamie Mar for all his support and assistance, Dick Clark for all his support and beautiful gift and photos on the day. To my woop woop crew at Youth Services John, Tosh and  my fellow explorers form making my day so special

Here's to further exploring  discovering, conservation and sharing this is not the end its the beginning of something which will stay with me for a life time 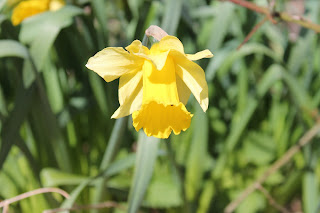 Having actively participated in the Award programme at Conserver Level, I now feel I have complied enough of evidence to complete my award in its in entirety

Over the past year I have sought to find out who John Muir was and why he was so influential in environmentalism and preservationist.

I read Cherry Goods’ book On the Trail of John Muir which captured the essence of his life and work.  Through my professional life I also got the opportunity to visit his birthplace in Dunbar. There I spoke to staff and listened with openness and discovered the person that he was the passion and vision he had and how his life has influenced so many to protect our wild spaces.

With John Muir’s example I participated in a local excursion to discover through walking the wild spaces around my own area in Clackmannanshire. I came to rest upon one area right next door literally to my own home namely Gartmorn Dam. I have lived in Sauchie now for over 7 years and hand on heart did not know a lot about the place, its locale, and what exactly makes it a wild place.

I did a lot of internet research, went right back to the beginning of time, looked at the geological formations, native species, human life, industrial life and post- industrial ,life the beginnings of the successful campaign to turn the dam  into a protected area as an SSSI. I took many notes, read management plans from the local council, spoke to The Rangers Service, and interviewed the earl of Mar and Kellie Jamie Mar, the results of which are all included in my log book.

In discovering The Jewel of Clackmannanshire, Gartmorn Dam, I discovered that it is a massively significant site because of its flora, Fauna and wildlife. With its 440 million gallons of water hundreds of species of trees, and plants, its migratory birds and winter fowling specific visitors which include Geese, Ducks and Sand  Martins, below the water level its unique pond weed unique in Scotland .

Truly I have discovered that Gartmorn Dam is at Clackmannanshire’s heart which has provided sustenance to inhabitants for over 300 years continuously since 1713 and this year will celebrate its 300th birthday. More importantly I discovered that I have fallen in love with Gartmorn Dam, its beauty, magic, diversity, I have become its protector and will continue to ensure the Dam remains protected for many years to come. 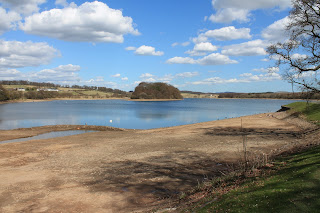 Gartmorn Dam in all its Glory

I wanted to get into the roots of Gartmorn Dam, to see it in its raw state to explore its fens, hills, ancient forests, and to capture my explorations on camera over the year. In exploring the dam I captured the Dam on camera in autumn, winter, and spring time, capturing the magic, beauty, and essence of the Dam over the different seasons, I wanted to explore how the different elements interact with one another through the seasons from the smallest snowdrop to the largest buzzard.

In my explorations I discovered vibrancy, life a pulse that exists in and around The Dam. My photos will bear this out. I explored its beauty in the shifting seasons, the movement of bird life, the growth sleep and new life of plants, the interaction with human beings and how they interact with the space.

At each turn and walk of the path, each photo taken I heard John Muir in my ear stating the very obvious now to me. “We are all connected”, we cannot separate ourselves from nature and nature cannot separate itself from humanity. Each needs the other for its survival and sustenance.

I also explored The Dam’s industrial past. I discovered that the finest engineers of the day, George Surrocold and John Smeaton were involved in the construction of the Dam as we see it now. I explored how through industrialization and its effects that in some sense what we have now has come from the industrial
past. I also discovered that the 6th Earl of Mar had constructed a water flushing system, water piping system and well as  a water filtration  system which connected the Dam  to Alloa and Alloa to the world through its shipping links along the forth. No water was wasted in the process and the full circle of the waters life from stream to sea was connected. 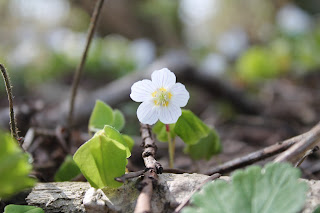 We are all connected even the most beautiful Snowdrop

My knowledge of John Muir impelled to bring others to discover and explore and do conserve, maintain, actively connect with their own environment and over the last year through my work I have undertaken to deliver the John Muir Award at discovery level with young people being supported to move closer towards the world of work.

In delivering the ward I was committed to heading up work groups who participated in local conservation activity which included work at Muiravonside Country Park, Litter picks in and around Falkirk, and development of a garden space in the centre of Falkirk working closely with Falkirk Council Estates team and Clean Scotland through Keeping Scotland Beautiful. The garden space activity first stage was to clear the site of all rubbish and debris which had built up over many years and we succeeded in clearing over 22 tonnes of rubbish from the site over a couple of days.

I was also involved in the conservation work in Carron Dam in Falkirk. I supported young groups to conserve the site with carrying out litter picks and also doing some discovery and exploration work with the group with the help of Christine Bell CACTA in Falkirk.

I took it upon myself as part of my conservation work to commit to single-handedly carrying out litter picks on site at Gartmorn Dam with the agreement and communication with The Rangers Service in Clackmannanshire. 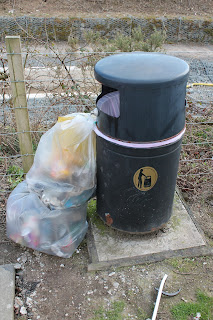 Right at the very start of my project and award programme I established a blog page My Journey with John Muir. I have posted all my activity on this site and to date over 1050 people have shared my journey with me reading my posts and commenting on my progress.
Working with over 30 young people in Falkirk this year I have shared my personal experiences of doing my own John Muir Award so that young people can see how it can really help them to achieve their own awards too.
I have also as part of the 300th birthday celebrations at the Dam this June- July 2013 shared my photos of the life of the dam which will be used as part of the permanent display and backdrop at The Dam over the summer

I have also shared my experiences with the wider Cyrenians Charity and included articles for staff update and inclusion in company newsletter and Facebook page.

I have also shared my activity and experiences with Keep Scotland Beautiful and posts of my have been placed on their blog page highlighting my activity as part of my award. 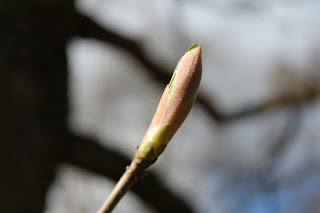 New life Springs
Posted by Unknown at 10:41 No comments:

Gartmorn and its Railway History 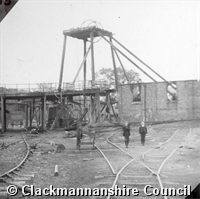 Known locally as the dam artificial body of water which was created by the 6th Earl of Mar in 1713 to provide water power for pumping the coal mines in the vicinity. Up to 17 water wheels were used to move and pump the water. 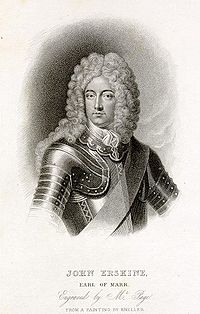 A weir was built on the Black Devon river at Forestmill and a lade aqueduct dug out 2 miles to the marshy hollow that was then Gartmorn. 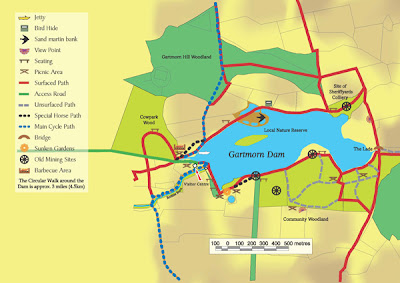 An earthen dam held back the water providing a constant supply for Sauchie Pumps. Once this Dam was full it was flushed through a pipe system and with the flow of water silt which had built up in Alloa Harbour was removed making it easy for Ships to Dock in Alloa. Thus the water went full cycle and was completely regenerated.

The tail race down to the forth from the Gartmorn Dam together with the flow from local burns provided power for Alloa industries such as Tobacco snuff and corn grinding which were later replaced by distilling brewing and spinning. Before steam power took over in the 1860’s the tail race powered up to three colliery engines and 9 mills

In the early 19th Century Alloa grew in population and more demand was needed for water. In 1820 the Earl of Mar granted the Burgh the right to extract water from the tail race in 1891 the Alloa water act was passed and the reservoir was in enlarged and filter station was built the dam was then able to supply to the growing pop and local industry and did so for the next 100 years

This has to Stop Clean Scotland

This has to stop

As I continue on my John Muir Conserver Award Journey, my relationship with Gartmorn Dam deepens. 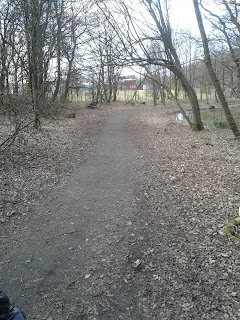 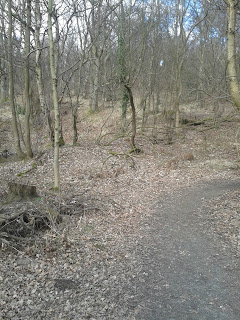 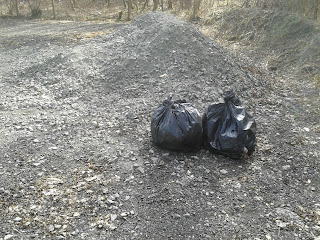 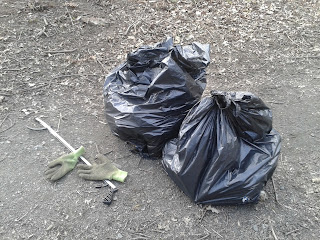 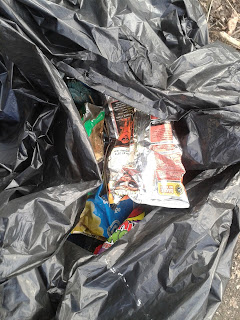 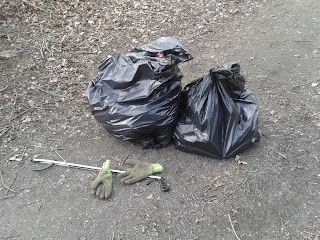 I am falling in love more and more with her beauty, her scenery, her sense of place, her wildness. As any good partner would do I also wish to conserve and maintain the relationship I have with her an as part of this I have discovered wanton dumping of rubbish in her forests, along her paths, in her very fibre which angers me and frustrates me in equal measure.

I went on a wee walk today with Litter picker, 2 bags, and gloves. Within the hour I had collected 2 full bags of rubbish, crisp packets, droppings, blue bags, bottles, cans, paper, just in a small area surrounding the ancient forest.

We are killing our environment our flora and fauna with this pollution. Wake up and smell the stench of waste. Stop the drop of your rubbish. Follow my example. When you…. yes you….. Next walk around the dam….. Take a bag with you and take your rubbish with you when you leave.

If you love the dam as much as I do don’t just get angry get picking. Speak to the Ranger Service; they can give you bags, litter pickers, etc. Commit to picking up a bag of rubbish. If every visitor just did just one we would collect 100,000 bags of rubbish. Just think about that the next time you get lazy and drop your rubbish
Posted by Unknown at 08:48 No comments: